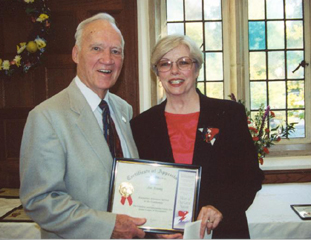 There was a very impressive ceremony at the First United Methodist Church on the afternoon of April 23, 2002, where the awards were presented with a reception afterwards.

There were three corporate awards, two awards to organizations, two special awards and four individual awards.  Fay Lee was selected for the Arts Volunteer of the Year Award. 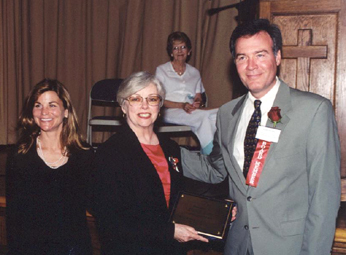 Fay Lee receiving the Arts Volunteer of the Year Award.
From l. to r.:
Leslie Goodwyn, President of Junior League of Montgomery, Fay Lee, and Mark Wilder, President of the Volunteer & Information Center 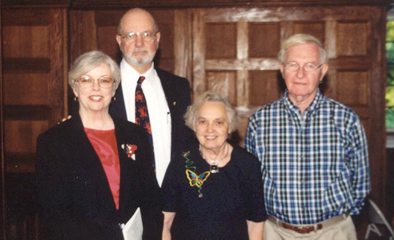 Joe is Chairman of the Board of SAC's and Donnave is the Managing Director of the SAC's Gallery. 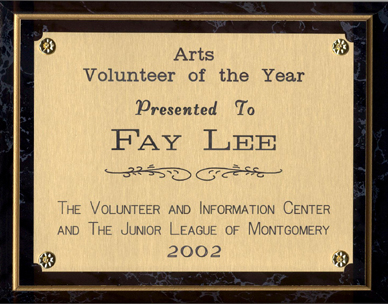 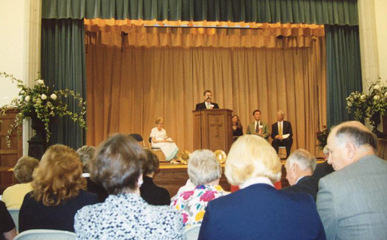 Larry Stevens, a well-known radio personality, was emcee for the awards ceremony. 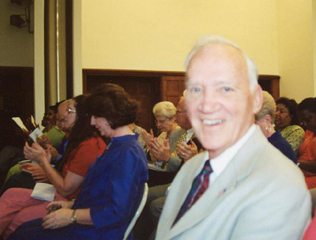 Jim Young, waiting for the ceremony to begin